She is the first pianist to play at the Four Patrimony of Unesco in Córdoba and an important cultural promoter, founding and directing since 2010 the Guadalquivir International Piano Festival.

A native of Villa del Río (Córdoba), she has been distinguished by the European Union National Institutes for Culture (EUNIO) as a representative of Spanish culture in Italy and in 2018 she was nominated as a candidate for the Princess of Girona Awards presented by Queen Letizia. Recently, she has been recognised as an artist and cultural manager by "Marca España" (España Global) and nominated in the TOP 100 leading women in Spain. She is also part of the catalogue of Spanish artists AECID 2020-21 (Agency for International Cooperation for Development of the Government of Spain).

She obtained a Master's Degree in Piano Performance and Chamber Music at the Conservatorio G. Verdi Conservatory in Milan, as well as the Superior Piano Degree and Bachelor's Degree in Music Education, which she is studying at the same time in Córdoba. She has trained with pianists such as Larisa Tedtoeva, Emanuela Piemonti, Paolo Bordoni, Jorge Luis Prats, Lilya Zilberstein, Claudio Martinez Mehner, Pietro Soraci and Rafael Quero, among others.

She has published a double release of his recording work "Imágenes de España a través de la Danza" for the famous magazine Amadeus (Italy) and for the Swiss label Bam Music International. She has also recorded for the film "Fiore" by Claudio Giovannesi (finalist at the Film Festival Cannes 2016).

She has developed his concert activity as a soloist, in chamber music and with orchestra mainly in Europe and America, playing in relevant theatres and seasons such as the famous Loggione del Teatro alla Scala in Milan, Teatro Argentina in Rome and in Unesco World Heritage Sites such as the Mosque Cathedral and the archaeological site of Medina Azahara in Cordoba, among many others.

She has given piano masterclasses at the New Bulgarian University in Sofia (Bulgaria) and at the Cultural Art of Ponte Vedra (Florida) as well as teaching piano at the Conservatory "Chicano Muñoz de Lucena (Spain).

It is a cultural, historical and heritage project that was created with the aim of paying tribute to and publicising the 240th anniversary of the excellent international relations between Spain and the United States of America (USA), as well as the bicentenary of the handover of Florida to the USA, and without forgetting the personalities of Farragut and the Count of Floridablanca.

It will be a tour of nine concerts for piano and chamber interludes featuring the pianist María Dolores Gaitán (distinguished by Marca España) and based on the investigation of the origin of our culture, of the crossbreeding produced between both countries, as well as highlighting the great and unknown influence of military culture on cultured and current music.

The uniqueness of this tour lies in three aspects of impact for our nations: its wonderful and strategic heritage sites, the creation of new bridges of international relations through musical culture and the possibility of telling facts of our history through a new and timeless prism.

With the interest of local, national and international media, our communication plan contemplates from June a series of activities that will be developed in two stages, a first one in Spain during the months of June and July and a second stage during the months of October and November in Spain and the USA.

Media such as Antena 3, El País, TVE, among others, will be the channels to reach the audience.

The expected impact will be more than 5,000,000 million impressions at a global level with an approximate economic valuation of 300,000 Euros.

The concert in St. Augustine
Augustine will be
broadcast live
live nationwide
nationally throughout the
USA.

“With the recording of the Tribute Disc 1781 Tribute, we will make this activity not ephemeral, keeping the memories in time”.

This tour is organised by:

With the academic advice of:

With the special collaboration of the Real Casino de Madrid

And the sponsorship of:

The St. Augustine Music Festival was founded in 2007 by Jacksonville Symphony Orchestra members Jorge A. Peña (viola) and Jin Kim-Peña (cello), with the invaluable participation and support of many other musicians and the local community.Mr. Peña will be heard with Ms. Gaitán at the St. Augustine concert on November 6.

The St. Augustine Music Festival was founded in 2007 by Jacksonville Symphony Orchestra members Jorge A. Peña (viola) and Jin Kim-Peña (cello), with the invaluable participation and support of many other musicians and the local community. Mr. Peña will be heard with Ms. Gaitán in the St. Augustine concert on November 6. 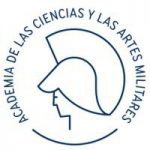 To know, to know, to discover the value of the contribution of the Armed Forces to society by sharing all the knowledge treasured for centuries is the purpose and greatest desire of this academy; to know the past, to know the present and to discover the future of the sciences and arts related to the Armies and the Navy.

It is a non-profit cultural organisation with an international scope. Our aim is to promote educational, social, cultural and economic relations with those countries in which, throughout history, the Spanish presence has left its mark.

BFAS has developed a reputation as an organisation known for presenting world-renowned artists in outstanding acoustics since 1972. As a result, American Public Media began recording certain BFAS concerts for national and international broadcast on NPR’s venerable Performance Today programming.

Our musical and historical mission will be carried out by pianist María Dolores Gaitán. Her narrative includes musicological background research and is consistent with describing our past through the most universal language: MUSIC.

Firstly, it is essential to understand how the musical pieces will tell the story of these two worlds to the audience.

These could be achieved by answering some of the following questions: What is military music? What was the mission of military music throughout Spanish and American history? What has been the role of women in the cry for freedom? What would our nations have been without cooperation and cultural exchange? What would both do? Would they be countries today without the knowledge of our collective memory?

The natural progression of music has been an innate reflection of ourselves, as well as in military culture, to protect and preserve our idiosyncrasies.

Generally, we associate military music as "marches" and "hymns", present in our discourse because of its symbolism, but it has also driven important musical manifestations such as war, royalty, patriotic, political, processional and martial lyrical inspiration.

This inspiration has influenced numerous prominent composers such as Beethoven, Chopin, Shostakovich, Albeniz, Granados and the list goes on.

In search of our identity …

A cry for freedom …

America and Spain under a female voice

Get your tickets here